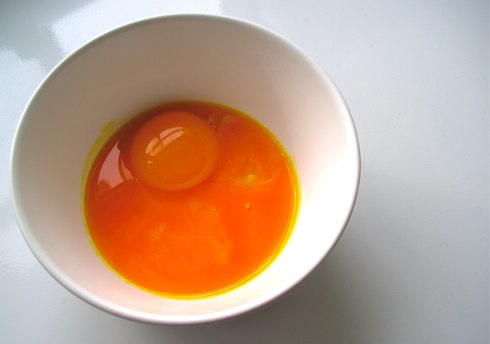 After making the beautiful Meringues Chantilly for this weeks Barefoot Blogging Challenge, I had to decide what to do with the three gorgeous deep orange egg yolks that I had leftover. I was torn. A hollandaise for the asparagus that have just come in season? Some pastry cream? A sweet sabayon perhaps? I couldn’t just rush into the decision! How would I do them justice?

Ultimately I settled on some Pots de Crème, infused with the wonderful fragrance of star anise and cardamom.  Two days ago was my dear friend Sara’s birthday, and together many years ago, for a miraculous little dinner party, we had made Donna Hay’s version of these star anise creams. It was the first recipe I had cooked from her most wonderful book Flavors and such a great introduction! They were so incredibly delicious. I hadn’t really used star anise before, and was just really amazed by it’s deep fragrance, and how pretty each little star was. (Devon says they look like spiders.) Because we now live on opposite coasts, and I couldn’t be home to celebrate her birthday with her, I decided to make these in her honor. 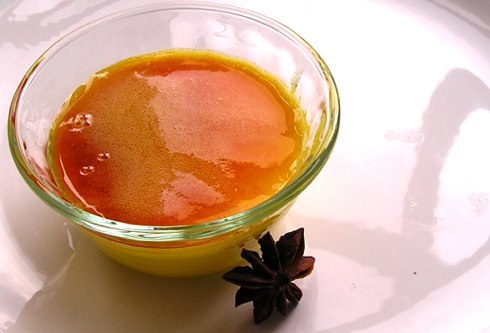 These little custards are heavenly. I’m eating one right now. What I like best about them is that you really get the taste of the spices infused into the cream. Donna Hay’s use only anise, but after a little bit of experimentation, I added the cardamom, to mimic the flavors of Indian masala chai, a spiced milky tea. 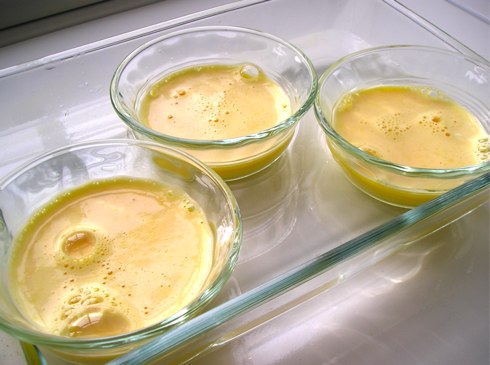 Come to think of it, you could probably do the same type of infusion with a masala chai tea bag instead of the whole spices and it would also taste delicious… perhaps that will be my next attempt. 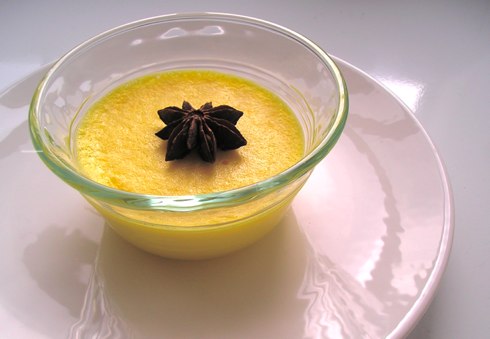 Method
1. Preheat the oven to 300F. In a small sauce pan, heat milk, cream, star anise, and cardamom on low heat until hot, but not boiling. Allow to simmer for a few minutes, and take off the stove to allow the spices to infuse into the cream. After about fife minutes, remove the star anise and cardamom from the mixture.*

2. Beat the egg yolks with the sugar, until well blended. Pour about half of the (now slightly cooled) cream mixture, and mix. Stir into the rest of the cream mixture. Pour into three six ounce ramekins (I use pyrex), and place into a baking dish filled with enough water to come halfway up the side of the ramekins.

3. Bake for 30 to 35 minutes, until the center of the cream is just barely set, and remove from the baking dish and refrigerate until cool, about two hours.

4. The last step is optional. After the cremes have cooled and set, squeeze a few tablespoons of honey on top and put for a few minutes under the broiler, until the honey is just browned. [Note: because I used pyrex, I didn’t want to use the broiler, so I simply put the honey in a small sauce pan, and stirred it until it had browned, and poured it on top.]

*Instead of throwing away the cardamom and anise after they have infused the cream, you can actually save these and make yourself some delicious masala chai by heating them with some milk, tea, and a little bit of sugar! (So delicious.)